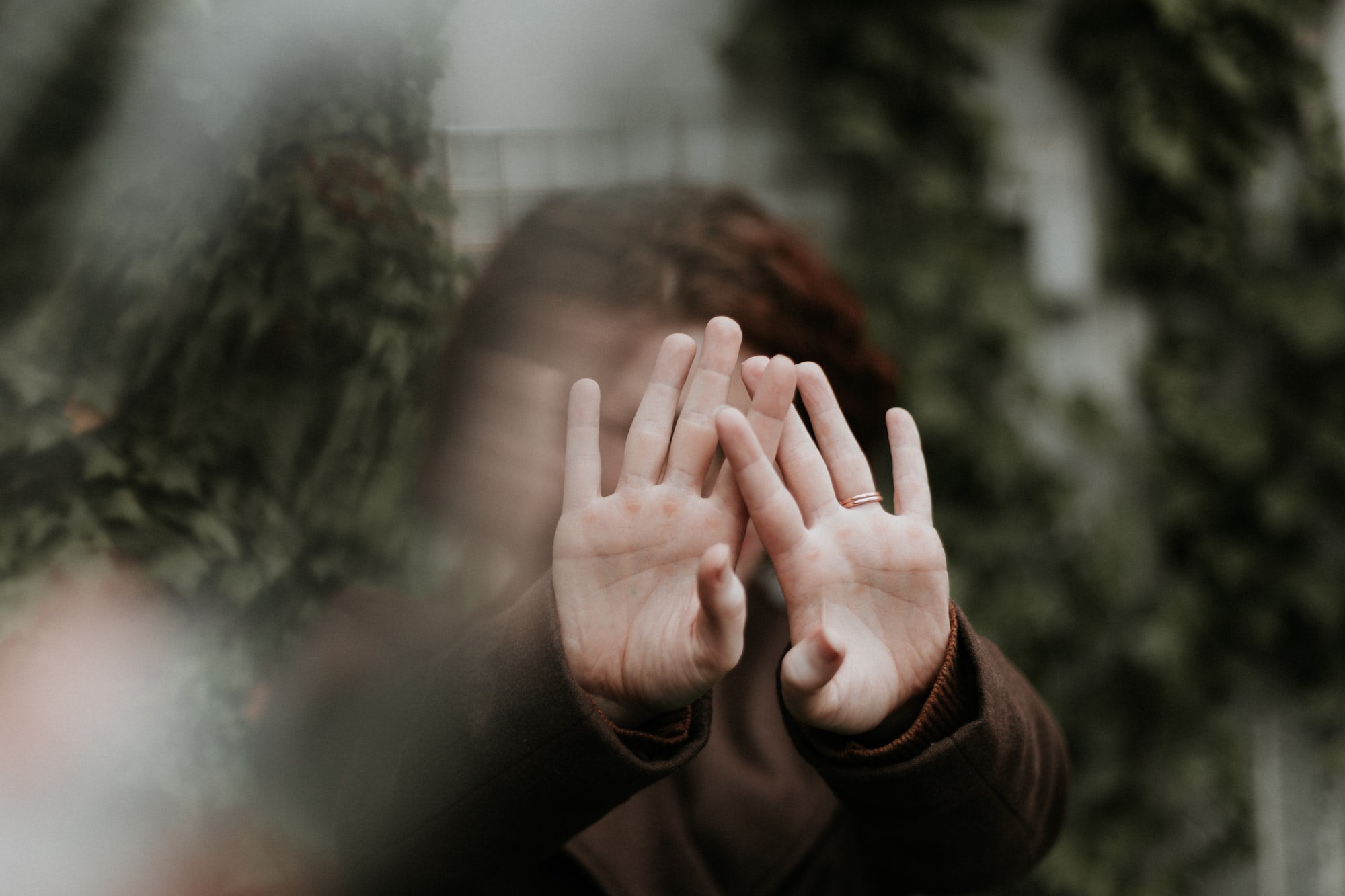 Writing this piece was easy. Sharing it with friends was hard. I was basically handing them my heart on a platter and hoping they wouldn’t crush it between their hands. But after realising how much this piece resonated with some friends, I decided to take the plunge.

A few mornings ago, I listened to Susan Cain’s podcast interview with Shane for the third time. I love re-listening because it’s like re-reading: you come away with different insights each time.

This time, something new caught my interest. She talked about being drawn to telling ‘the truth about life’, which not only included celebrating the beauty of life, but also being honest about the unglamorous and the ugly. Envy, an unpleasant emotion and also one of the seven deadly sins), is something she says we ought to think more about.

This was the exact quote in her book:

“Pay attention to what you envy. Jealousy is an ugly emotion, but it tells the truth. You mostly envy those who have what you desire.
[...]
When I asked myself whom I did envy, the answer came back instantly. My college classmates who’d grown up to be writers or psychologists. Today I’m pursuing my own version of both those roles.”

- Excerpt From: Susan Cain. “Quiet: The Power of Introverts in a World That Can't Stop Talking”.

Envy is defined to mean “a feeling of discontented or resentful longing aroused by someone else's possessions, qualities, or luck”.

1. I envy those with big friend groups around whom they can be unapologetically themselves. I have always found cliques in movies, books, or amongst the people fascinating. The same goes for the notion of ‘brotherhood’. This fascination is partly because friend groups bigger than two have never really worked for me. I seem to do better in one-to-one relationships.

It might be because I tend to be conflict-averse. The idea of having to potentially mediate between different parties might have subconsciously put me off getting too invested in larger groups. I also value structure. Meeting more people in one setting also means frequently putting my schedule on hold just to accommodate those of others. Huh. Maybe the demands that come with big friend groups just aren’t that attractive to me.

Still, I think I might have experienced something close to the sort of comfort and camaraderie that I envy. This sentiment arises at times among selected university and secondary school friend groups. But the sense of connection I have felt cannot be compared to what I experience in my one-to-one’s.

Now that I think about it, only my personal friendships with others have been properly tested. And by tested, I mean having either gone  through fights, disagreements, or the valuable experience of having overcome personal challenges together with the other person. And maybe, I haven’t found a group for which I’m willing to make the kind of intimate, costly sacrifices necessary for such truly deep bonds.

2. I envy those who can freely do what they want without worrying about the future. While it can be fun to conjure the many possibilities of what tomorrow might bring, constantly making back-up plans just in case others backfire can be absolutely draining. I want to establish an environment where it feels safe enough for me to relish in the present.

A baby step forward is to take myself less seriously and balance a good amount of play with my professional work. Part of my journey with working with this sort of envy is acknowledging that my version of play can differ from others. Taking risks in both my personal and professional life also injects a good amount of thrill and energy into the mundane because it puts my future on hold, for a while.

3. I envy those who use their platforms to do good, sustainably, for the sole sake of doing good. These are the people who set their minds to what’s right, moral and just. They are unafraid of the hardships that come with fighting for social justice. Their spirit is so admirable and I desire achieving that selflessness of heart one day. The possibility of my attaining such a high degree of benevolence just seems so remote at this moment.

4. I envy those who can be vulnerable both online, and offline. The ability to admit to your insecurities is a sign of strength, confidence and self-assuredness. This ‘confidence’, I argue, can co-exist with insecurity. It is a confidence in your value as an individual despite the flaws you believe you embody. I find this trait so desirable and admirable also because owning up to your flaws is an act of courage in the face of possible rejection from the people that matter to you.

I desire the confidence to be vulnerable in front of others because when I can finally do so, it means I am closer to freedom from others’ validation.

5. I envy those whose bodies meet society’s ideal definitions of beauty. In the sociology of emotions, I learned that shame can and is often used as a social tool to get groups to conform. Unlike guilt, which is felt individually, shame is painfully felt in the company of others.  Reminders that you’re not good enough, from yourself or otherwise, inflicts one of the most debilitating forms of shame.

Perhaps these people deal less with the humiliation of failing to meet those standards (I am not talking about models or celebrities, some of whom might face pressures far beyond that which I can imagine). Meeting the cultural benchmark frees up cognitive load to attend to more pressing things. This form of envy is burdensome and tiring. Thankfully, the envy felt here has been declining more recently, and in its place, a newfound acceptance.

6. I envy those who are spendthrift. I feel twinges of anger and jealousy when people spend irresponsibly. They are free of the cognitive load of calculating the cost per serving of instant coffee bought from one grocer vs another. They are also free of the guilt of taking advantage of life’s conveniences. One example I can think of is the decision to hail a cab in exchange for an extra thirty minutes of rest on the way home after a draining day at work.

7. I envy great storytellers and writers. Not only do they possess great clarity of thought, they are able to make people feel things. My latest literary crush is Brooke Jarvis, who made her readers care about air pollution, the pandemic and respiratory diseases by first making them care about themselves (“The atmosphere may be a communal space, but its risks aren’t evenly shared.” tell me who can write like this!!!) I am also in love with Sheila Heti, whose magnificently-written profile piece on Tove Jansson made me fall in love with how artists organise their public obligations with their private lives.

And as I write this piece, I realise there are varying degrees of envy. Some forms of envy invigorate, energize, and inspire me. Others, I have allowed to drag my soul down to its deepest trenches.

What I Used To Envy.

1. I used to envy those who came from elite schools. Not anymore. There’s more to education than that received from prestigious institutions. And the internet has also democratised learning. Oftentimes, the best resources are available online, at fees a fraction of an elite institution and at a cost much kinder to a young child’s self esteem.

2. I used to envy those who drew really well. Then I gave it a shot, but ended up disliking it. And then my envy disappeared. LOL. It wasn’t the ability to draw that I envied. What I envied was the ability to create art that inspires and uplifts the human spirit. I seemed to be better at writing than I am at drawing, so I turned to that instead.

3. I used to envy those who juggled a million and one things on their plate. Not anymore. University has a strange obsession with overcommitment and I found myself often falling into this trap. Being a great juggler ceases to be admirable when you’re juggling the wrong things. It has also helped to realise that I might have zero interest in juggling what others are busy with. If overcommitment is something you struggle with, you might appreciate Derek Sivers’ ‘Hell Yeah! Or No’ heuristic. Essentially, only say yes to an opportunity if your reaction is “Hell Yeah!”. Otherwise, say no.

4. I used to envy those who are financially wealthy. Okay, it is wrong to say that I no longer do. I did not even grow up wanting. However ugly, I, like many others, cannot help but be greedy for financial freedom and security. This envy waned when I accepted that there is much merit in being forced to be frugal. There is also much I would not give up in exchange for wealth.

This exercise was more fun than I expected. I never thought envy could be such a useful tool for introspection.

I dive deeper into owning up about my vulnerabilities in my recent reflection piece on my third year at college. You can check it out here.

Thank you Jet, Sean, Smitha, Meeta and Jean for looking through earlier versions of this piece.

And here are some thoughts from two friends to chew on: